Remarks by Jamaica's Ambassador to the UN 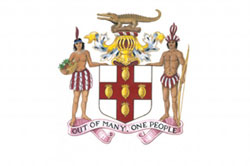 PERMANENT MISSION OF JAMAICA
TO THE UNITED NATIONS

HIS EXCELLENCY E. COURTENAY RATTRAY
PERMANENT PRESENTATIVE
OF JAMAICA TO THE UNITED NATIONS

ON THE OCCASION OF

Today, Jamaicans at home and abroad are celebrating National Heroes’ Day.  It is a day that culminates National Heritage Week, when we as a people pause to reflect on our past, the things that have made us the nation we are today, and also to celebrate the memory of those who preceded us, particularly in the fight against slavery and colonialism.  The title National Hero was created shortly after Jamaica gained independence and, to date, only 7 individuals have been bestowed the nation’s highest honour.  Among them is one woman – Queen Nanny of the Maroons.

Jamaica’s first National Hero, the Rt Excellent Marcus Garvey once exhorted his countrymen by stating, “Up you mighty race, you can accomplish what you will”.  I imagine that his mind must have harked back to the accomplishments of our earliest National Hero, the Rt. Excellent Nanny of the Maroons.  Nanny, said to be a woman of small frame but with sterling will and determination, “lit the flame of freedom in the hearts of earlier Jamaicans” when she led her people in resistance to the mighty British Army.

This is the same colossal British Army which enforced the rule of the British Empire whose writ spanned across the globe; the same British Army that would, decades later, battle the American Revolutionaries and over a century later engage King Shaka in Southern Africa.  I say this to emphasise that well before it was deemed possible, this woman envisioned that no battle was too large when the right to freedom was at stake.  So much so was her agitation and that of her Maroons, that the British were forced to agree to a Peace Treaty with the Maroons, and to grant to Nanny and her people “the land on which they resided” through a land patent issued in 1741.

Queen Nanny, a pioneer of the legendary resistance of the Maroon people, stands out as a pioneer of the abolition struggle, who numbers among the first exponent of the tactics of guerrilla warfare.  She did this long before the elaboration of gender equality and the empowerment of women emerged and became fashionable.  She set the pace for the indisputable and quintessential national traits which today distinguish the indomitable will present in the Jamaican psyche and national character.  Bob Marley would later urge all oppressed people, and we are honoured that his wife Rita is here with us tonight, to “Get up, Stand up, stand up for your rights, don’t give up the fight”.  As we view this film tonight, let us not only honour Queen Nanny and those who fought against slavery, but heed that call and keep the fight alive to defeat indignity, subjugation, racial prejudice and slavery wherever it exists today.

I thank Action 4 Reel, the DPI and the Mission of Trinidad and Tobago for partnering with us to present this world premiere this evening and hope that you will both enjoy and be edified by this latest artistic, historical and educational work of the Director/Producer, Roy Anderson, a proud son of Jamaica.